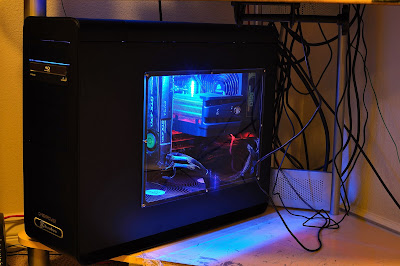 I've been using an old Pentium 4 PC for the last 6 years. Batch processing 100 raw files was an entire weekend devotion, can't watch HD videos at all, and playing any game made after 2006 forced to lowest settings (if not completely impossible to play at all).

For 5 years i was cool with it. I bought a PS3 for gaming so that i wouldn't need a new PC. I mean its not like it was that bad either. I later expanded the RAM to a whopping 2 GB. In general i thought it was good enough for what i did.

But there is something about going to work and sitting at an 8 core dual screen computer that really spoils ones interpretations of what is ok. So when my PSU fan started making some noise at the start of the New Year, that was all the convincing i needed. (i guess seeing someone else play star Craft II on highest settings had a little to do with it as well...)

Anyways my my cool Boss recently got a PC at this place:
http://www.cyberpowerpc.com/ 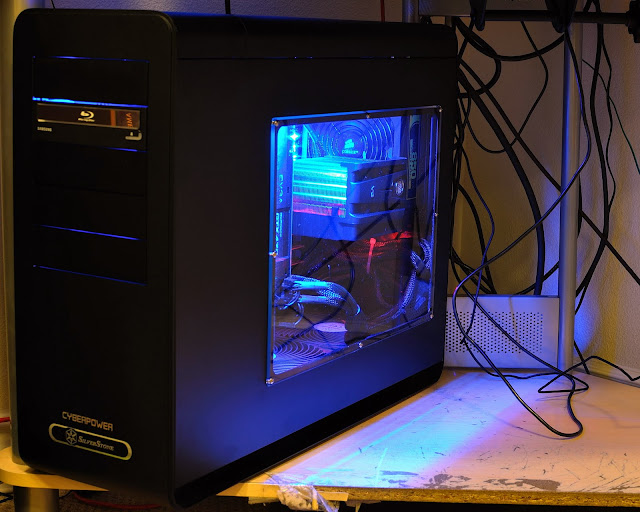 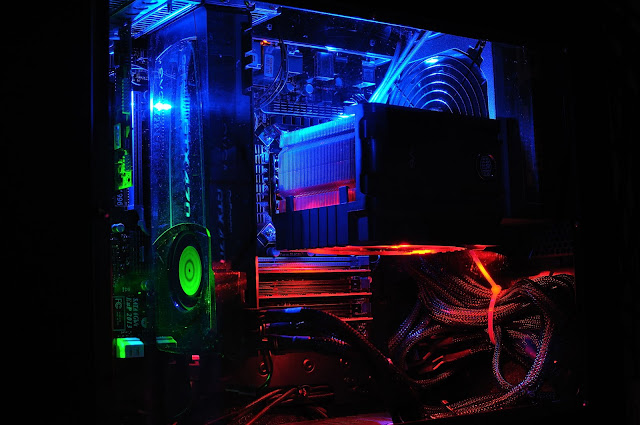 Now i can Playing Mass Effect II, processing photos, while browsing the web at the same time. YAY >___<
Along with the new computer i got a new wireless router and installed DD-WRT on it. I might talk about it more someday, but it's basically an alternative linux based firmware for a bunch of routers that offers a lot of features that many router interfaces don't come with.
I'm using it mainly because it allows me to set priorities to certain internet services. Right now i have games set to high priority and torrents to low priority. Mom's constant torrenting is now a non-issue. @__@
Anyways, now begins the long processes of setting up Windows 7 just the way i want it, Setting up the old PC as a file and printer server, and replaying a couple of my older games with highest settings ^__^
(i just hope Final Fantasy VII works well)
Posted by starnerd at 11:32 AM
Email ThisBlogThis!Share to TwitterShare to FacebookShare to Pinterest
Labels: Blog, Computers, Tech